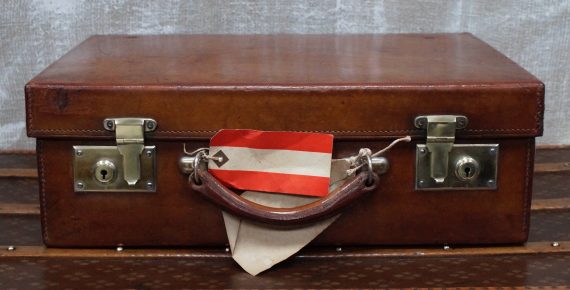 A stunning Full Leather overnight/weekend case by the famous A. Barrett & Sons of Piccadilly.

The case is in excellent condition and was previously owned by the Duke of Norfolk, and still remains in its original condition, with it’s brass fittings and studs to the base to protect from damage while in transit, the makers mark is clearly stamped on the front of this superb case, it remains so full of charm for an occasional piece of luggage. C1930.

Andrew Barrett was born in Ireland in 1819 but had set up in business in London as a brush and comb maker by 1846 at 118 Piccadilly. By 1852 he had moved to 86A Edgware Road. By 1865 he is also listed as a sponge importer and his premises have greatly increased to include 53 Albermarle St, 63 & 64 Piccadilly, 186 Oxford St and 29 St. Georges Pl. as well as his Edgware Road address. By 1880 he had moved from Edgware Road, and Oxford Street

By 1899 his sons had joined the business and they had expanded to 52 & 53 Albermarle St. and 372 Oxford St whilst retaining their Piccadilly addresses. With the exception of Oxford Street, they still had these addresses in 1912. Although Barretts started off, and are primarily listed in the trade directories as Brush Manufacturers, the company expanded and diversified to include trunk/luggage making and selling a range of travel equipment. 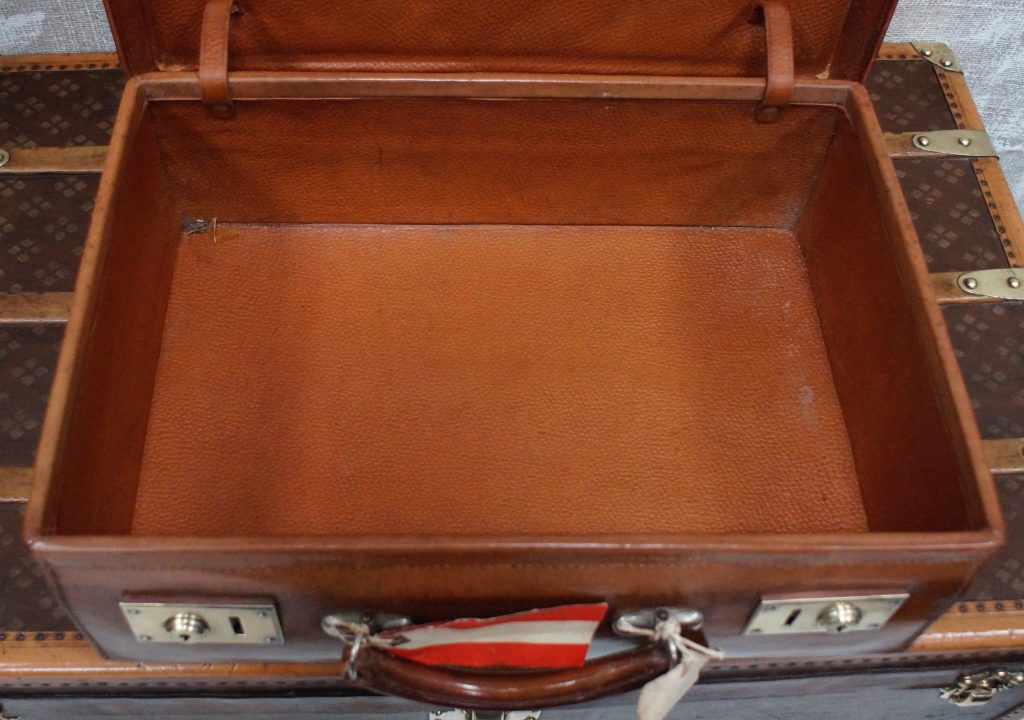 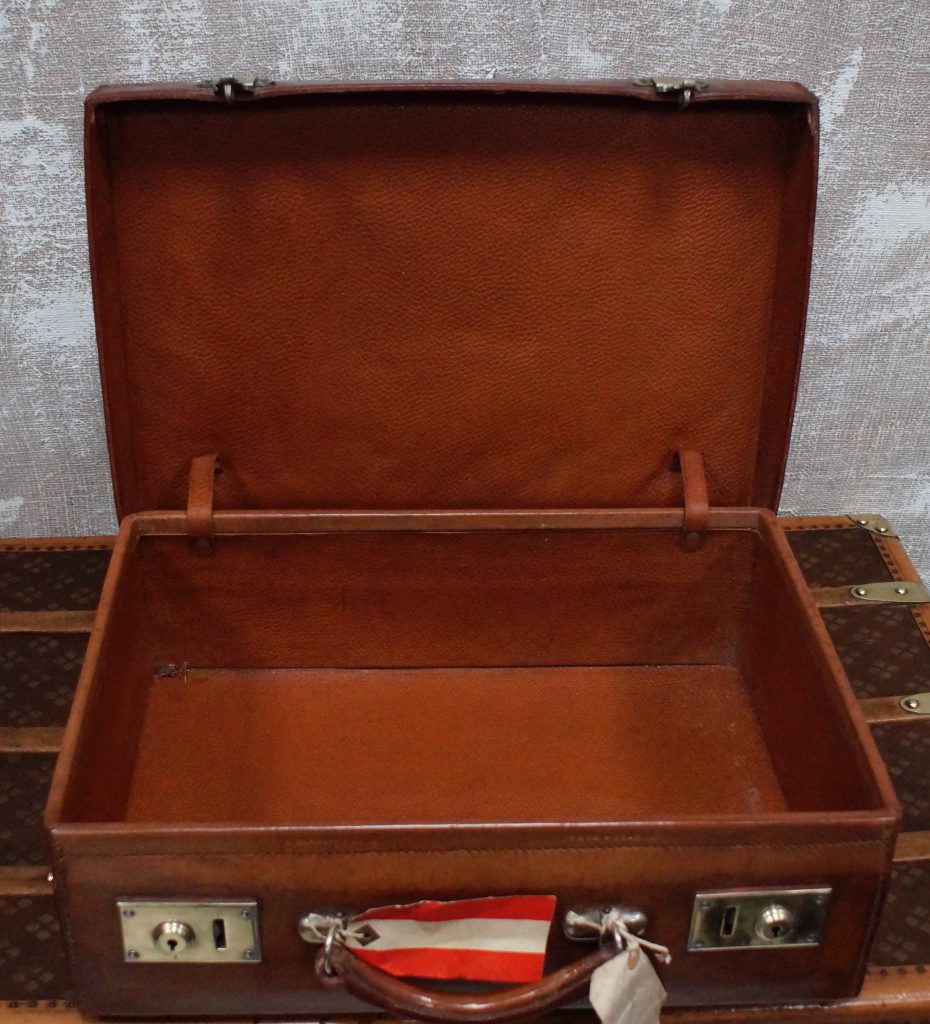 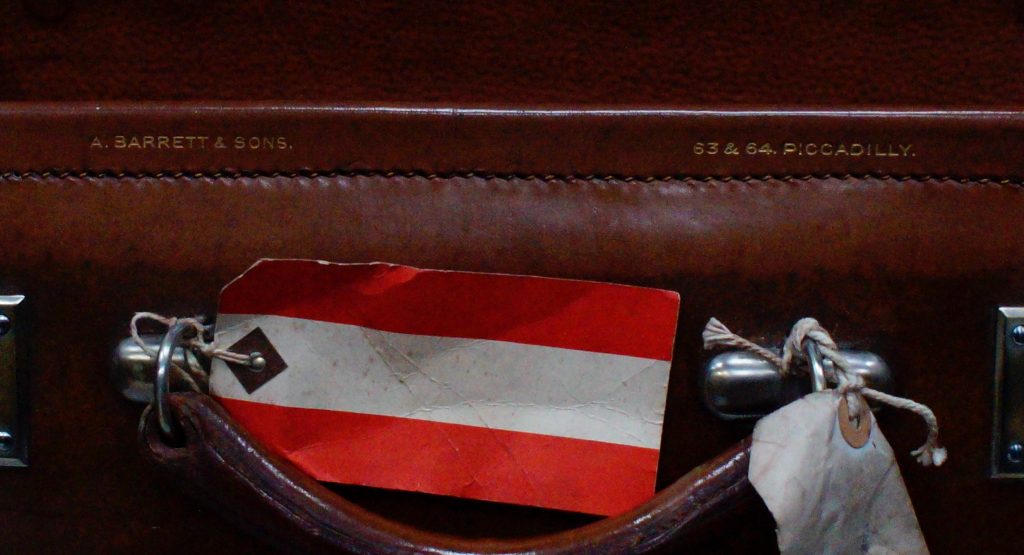 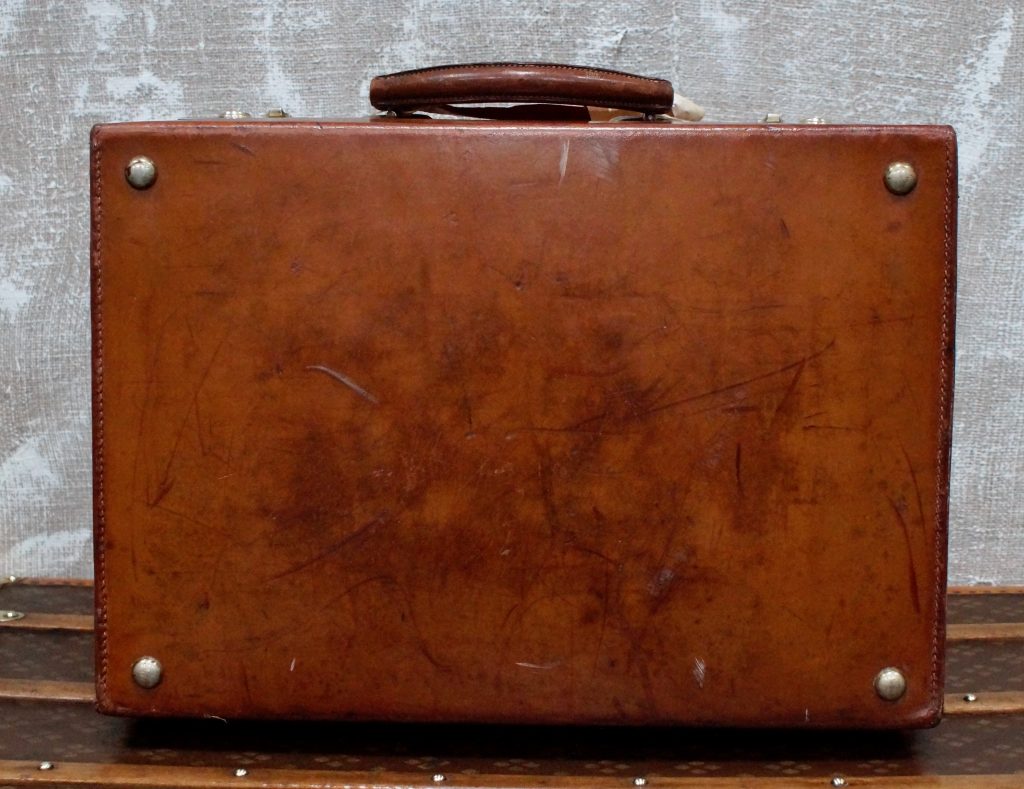 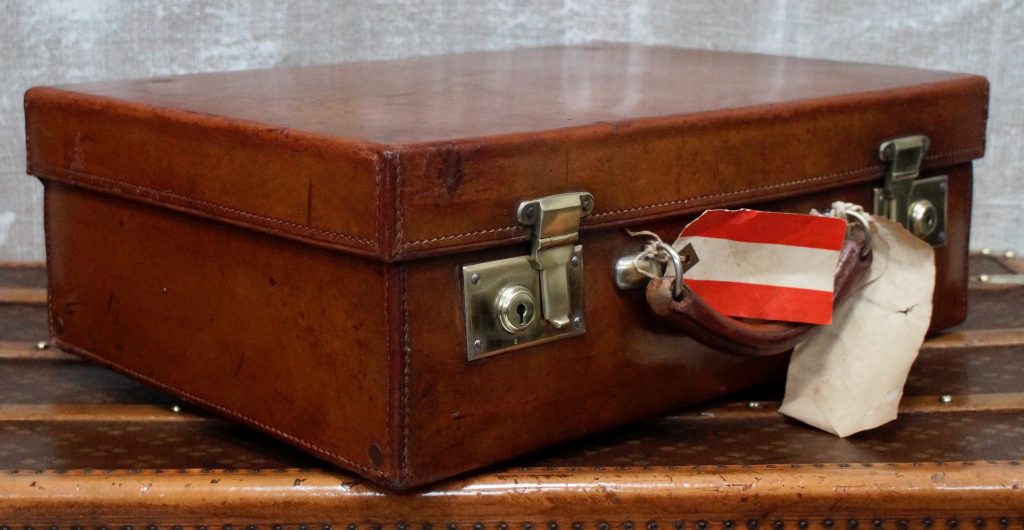 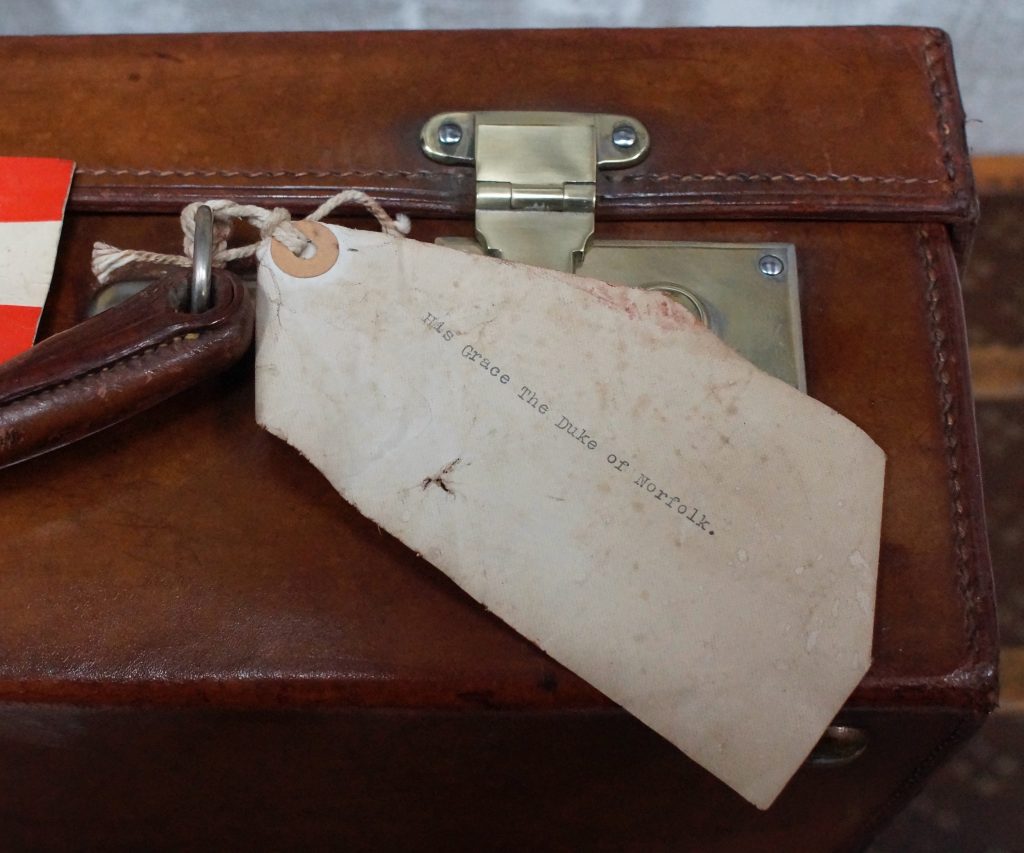 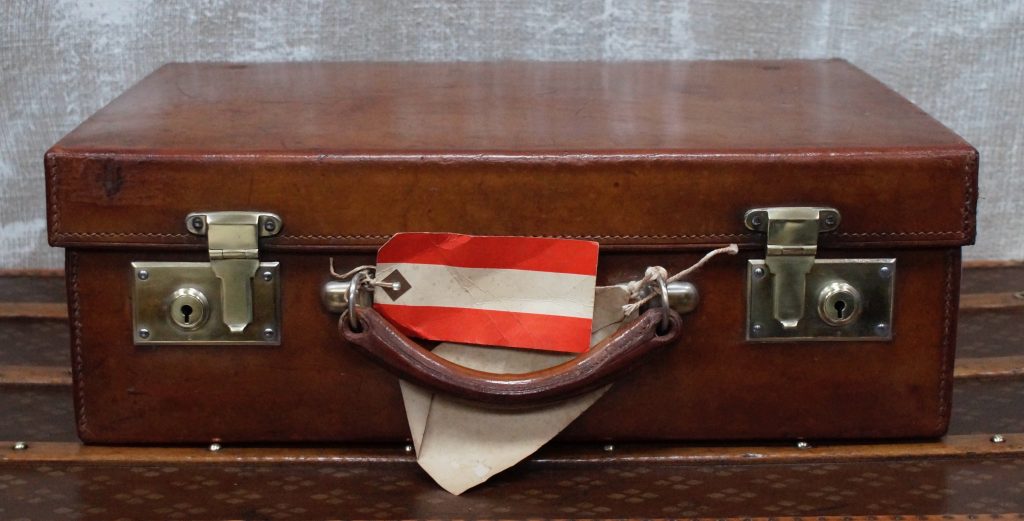 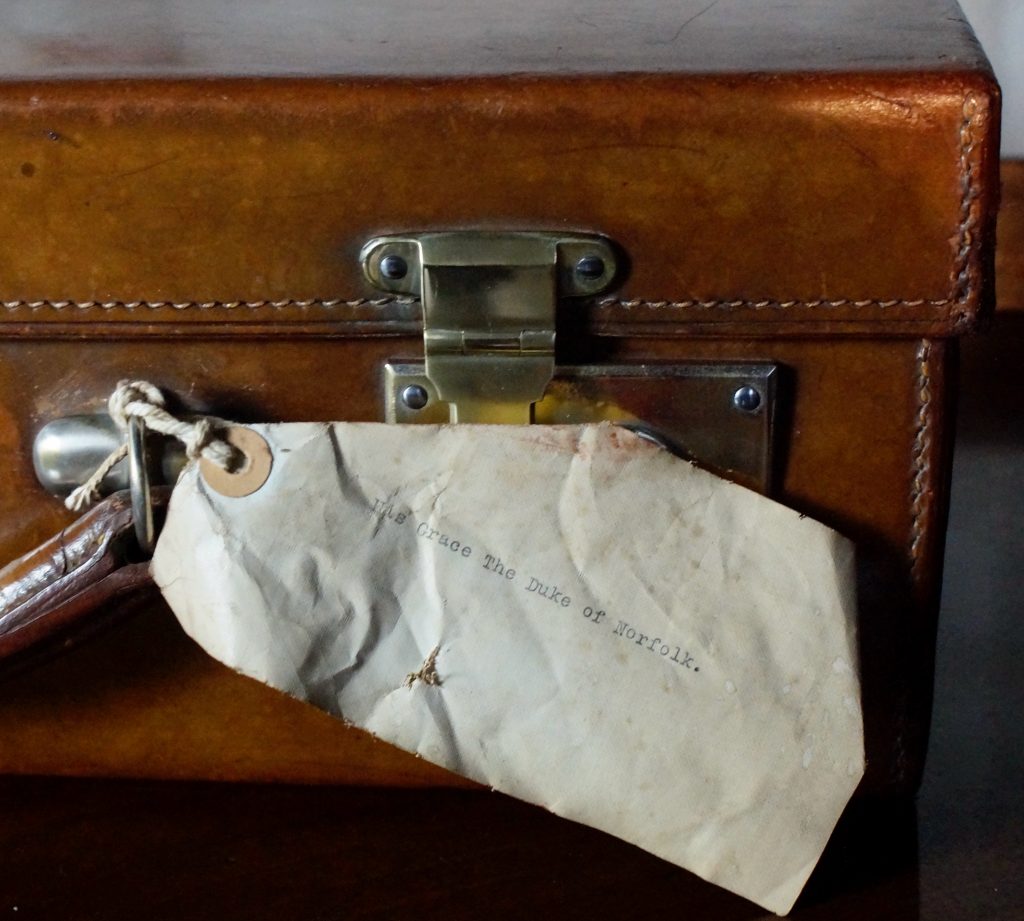 Be the first to review “Leather overnight case by A.Barrett & Sons” Cancel reply