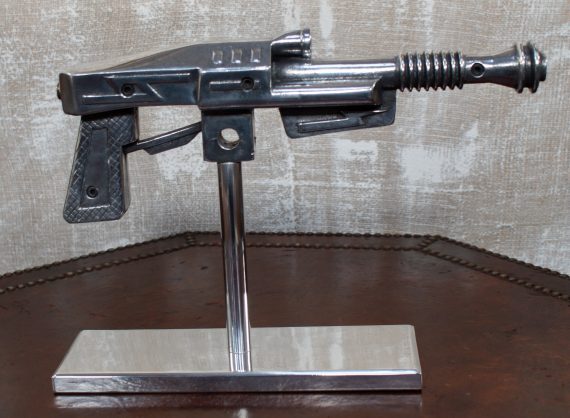 This amazing piece of funfair History dates from the 193o’s, comes from an era before computerised arcade games and technology.

This original funfair Buck Rogers style Ray Gun is made from cast Aluminium, it has been showcased on an aluminium stand to show off this stunning piece, a great addition for any Funfair memorabilia collector.

(Price does not include P&P) 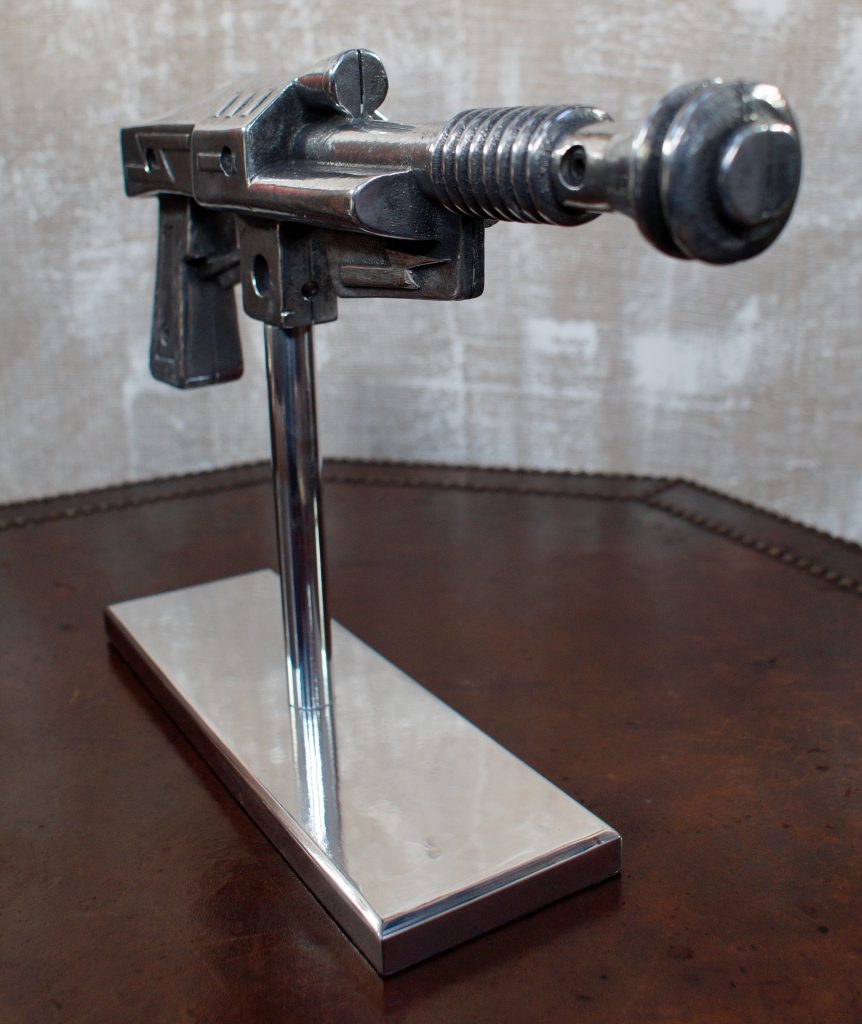 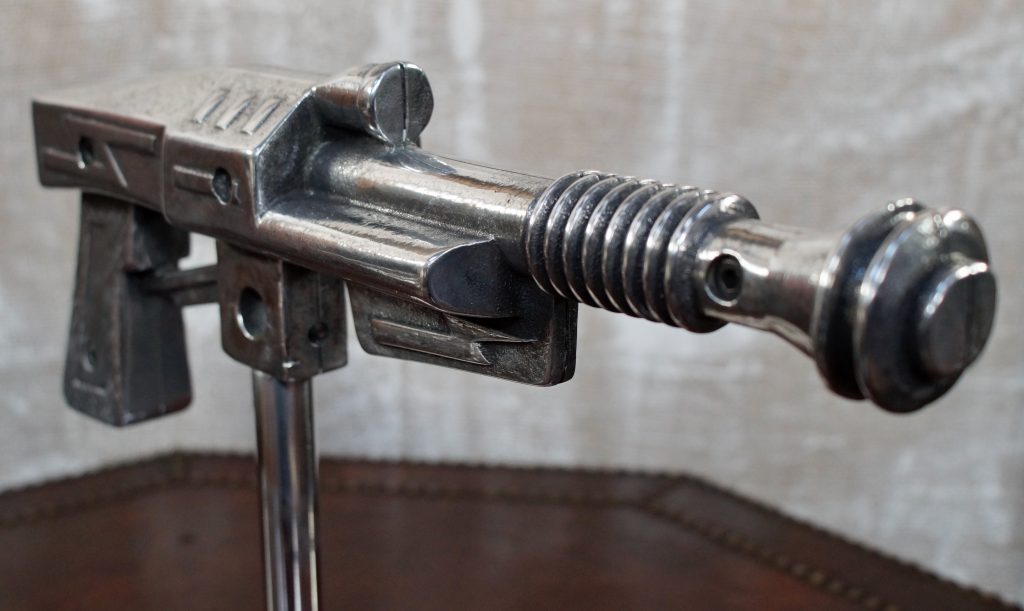 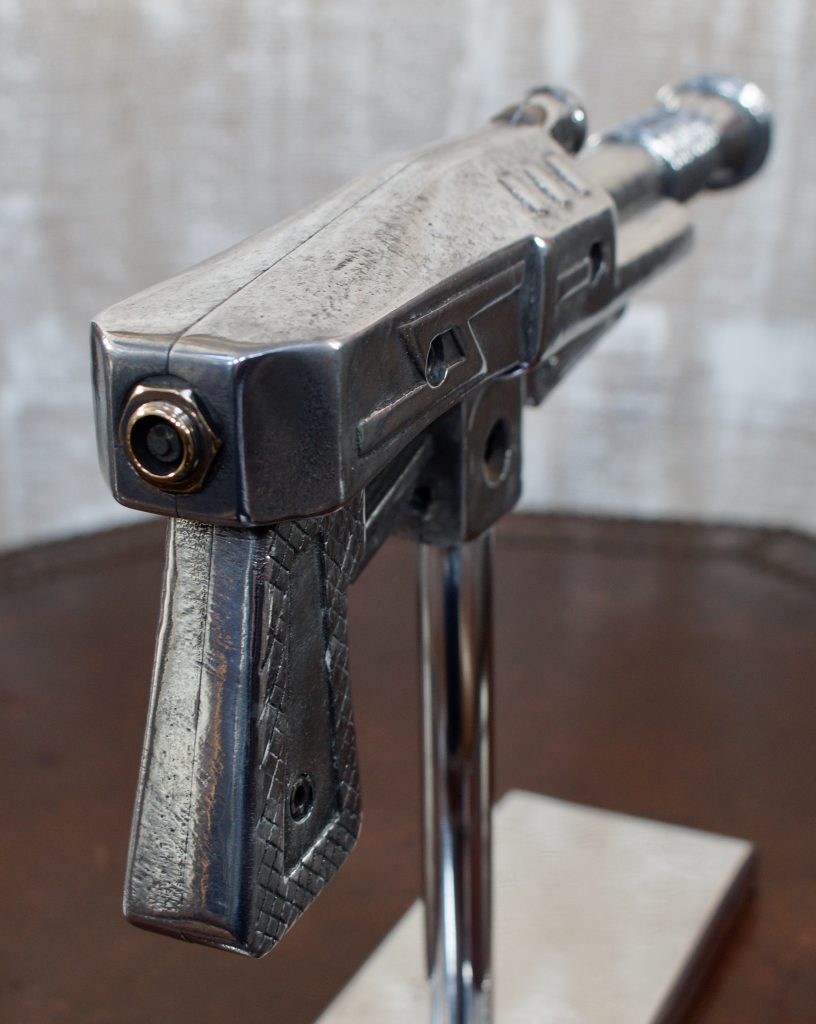 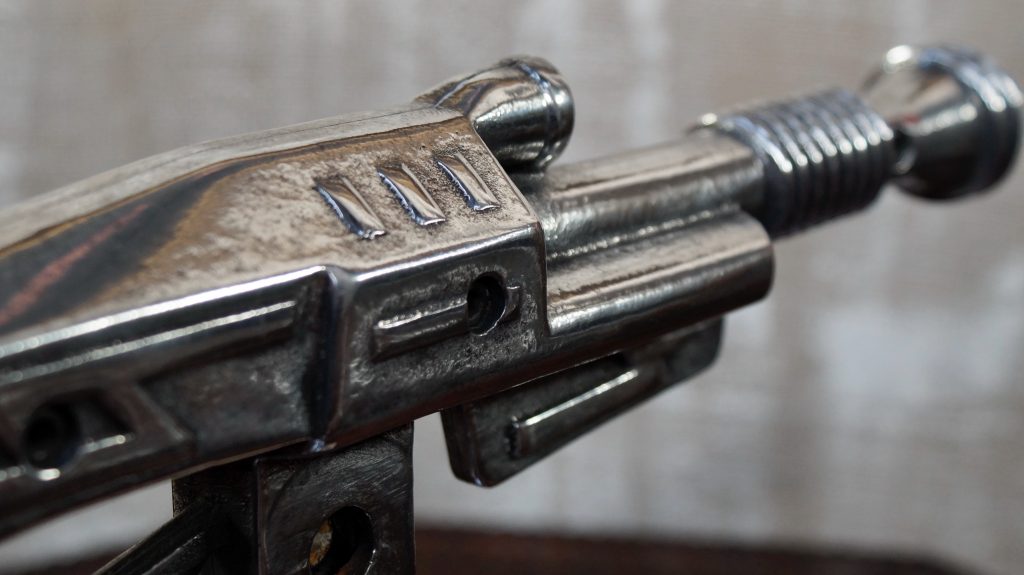 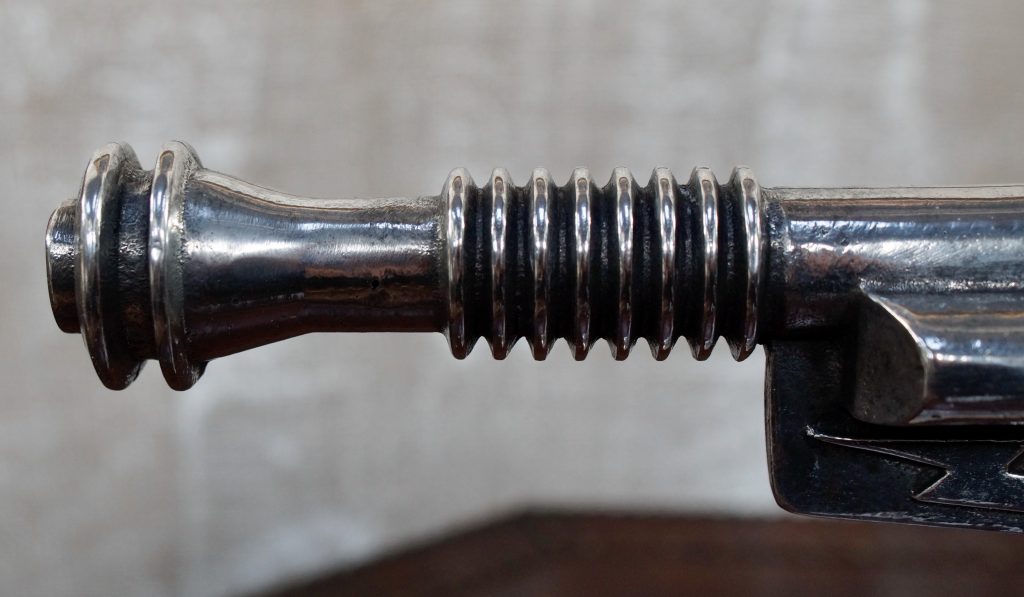 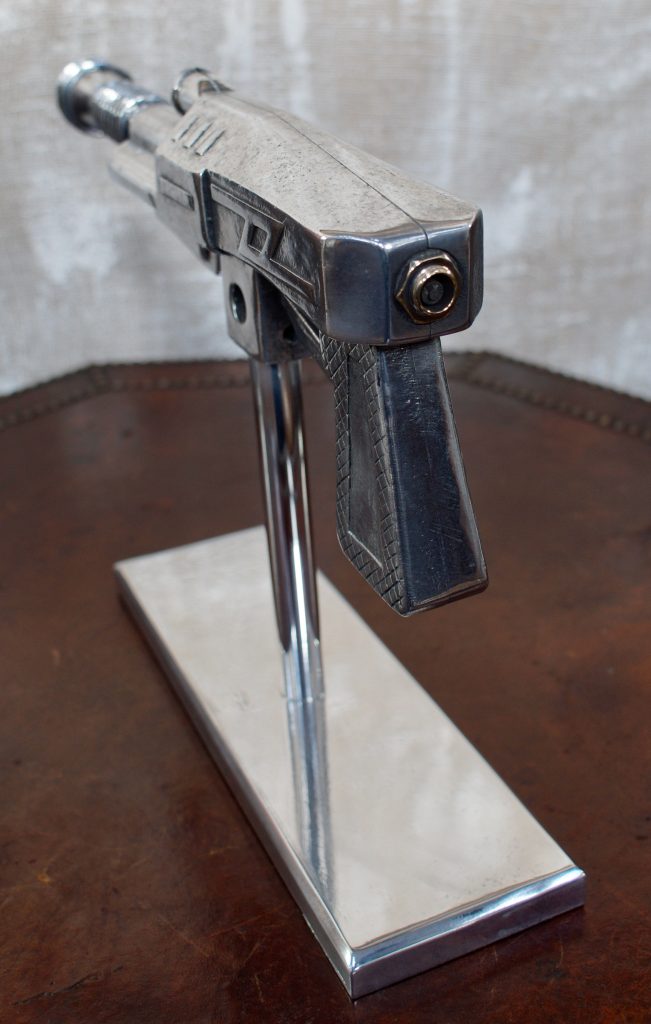