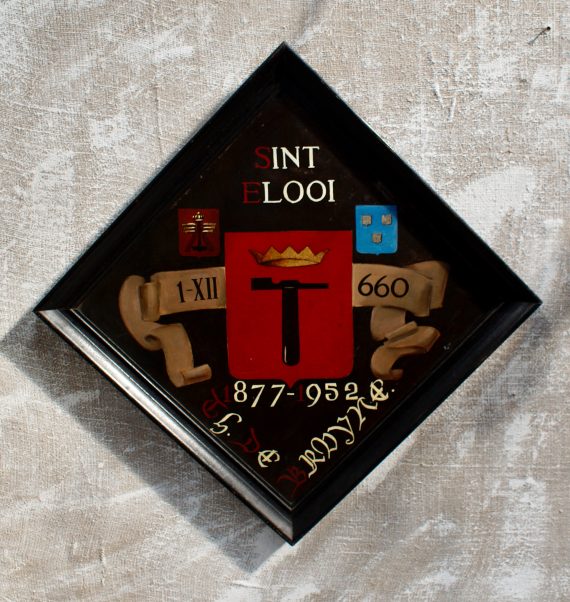 A superb Belgique family hatchment, oil on board, dated 1872 – 1952, the person in question would have been part of WW1.

Sint–Elooi is a small village, about 5 km (3.1 mi) south of Ypres in the Flemish province of West-Vlaanderen in Belgium. … Though Sint–Elooi is the Dutch and only official name, the village’s French name, St. Eloi, is most commonly used in English due to its role in World War I.

The crown is an emblem of victory, sovereignty, and empire in heraldry. It is a visible sign of success, thus the term ‘crowning achievement’, and its significance as the decoration of the ultimate level of rank and power, makes bearing the crown a great honour.

The hammer is a symbol of force and dominance in heraldry. It is an honourable symbol, since iron is a very useful metal and it was therefore more precious to people, in early times, than gold. For this reason the hammer may be born crowned.

The martel was a military hammer used in conflict, and the hammer can be found under this name in ancient rolls. It is even still borne by some French families of Martel. 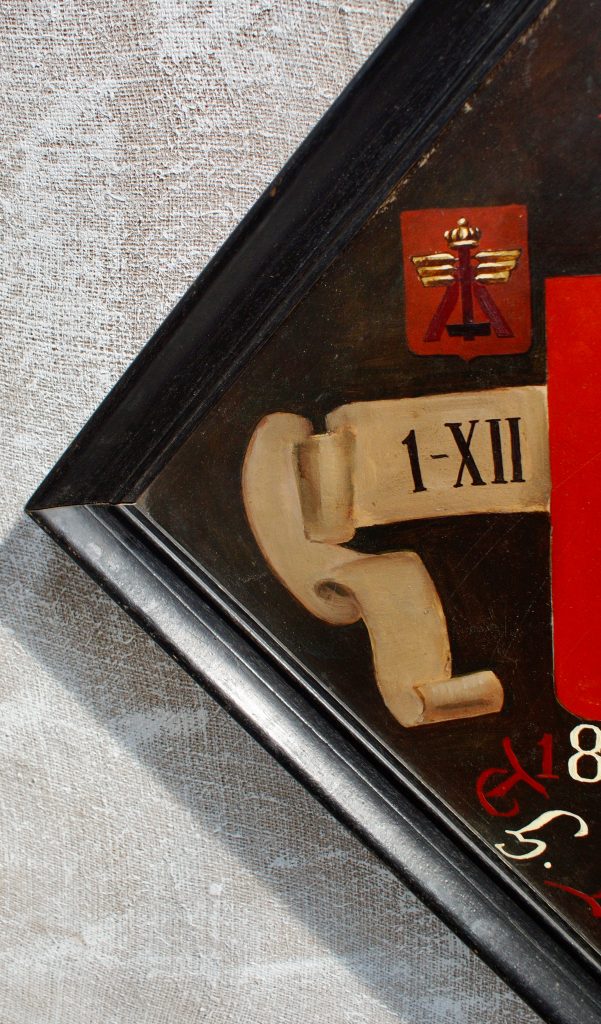 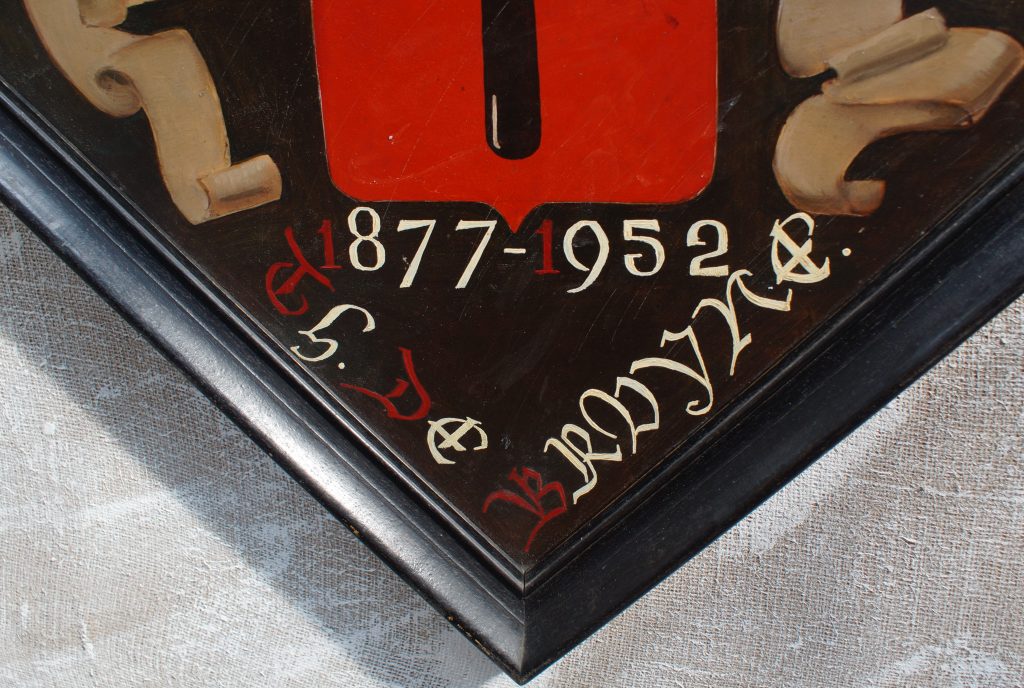 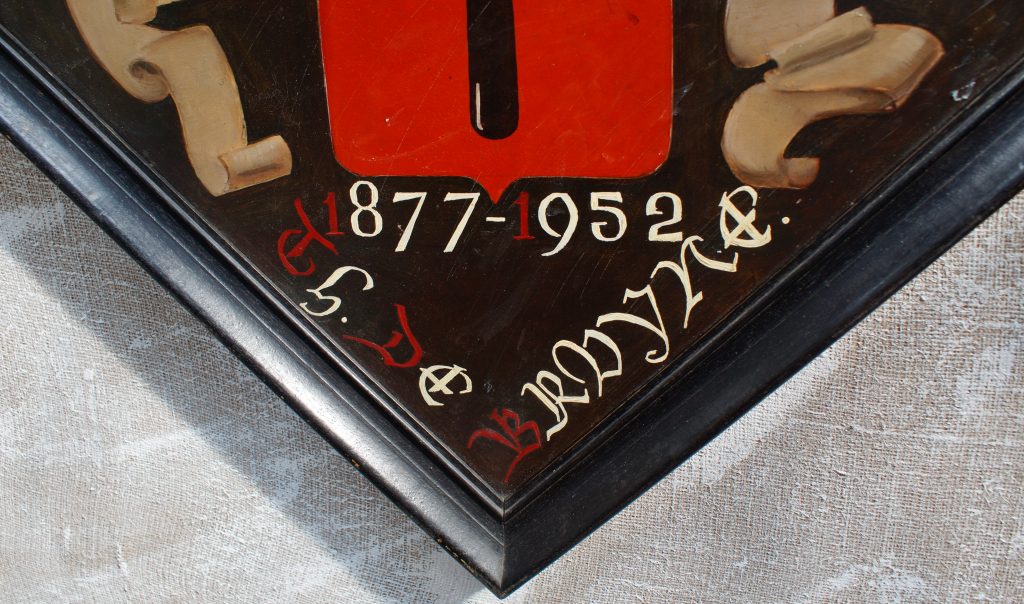 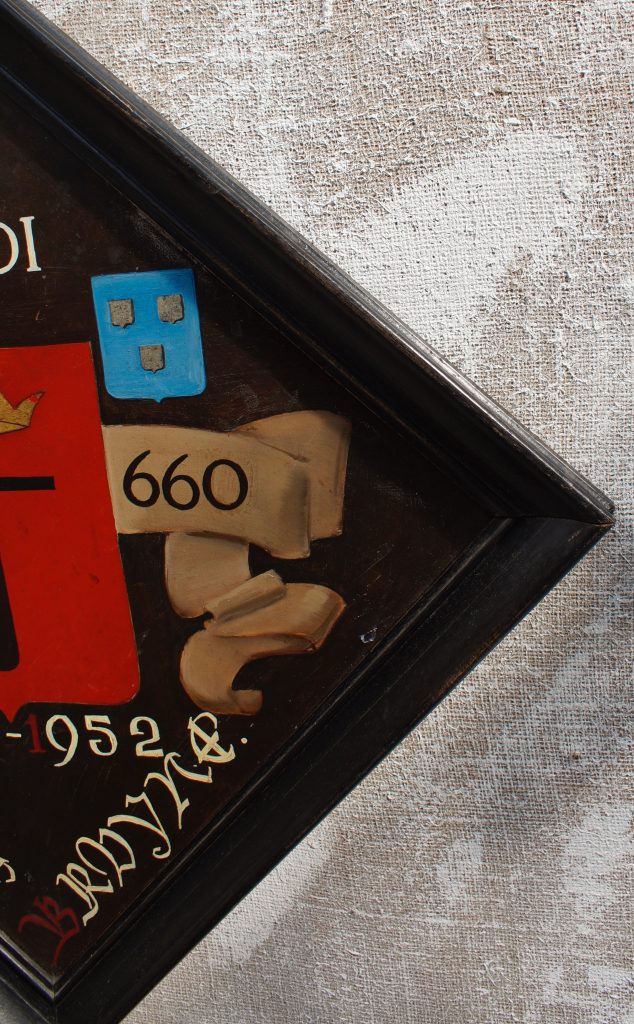 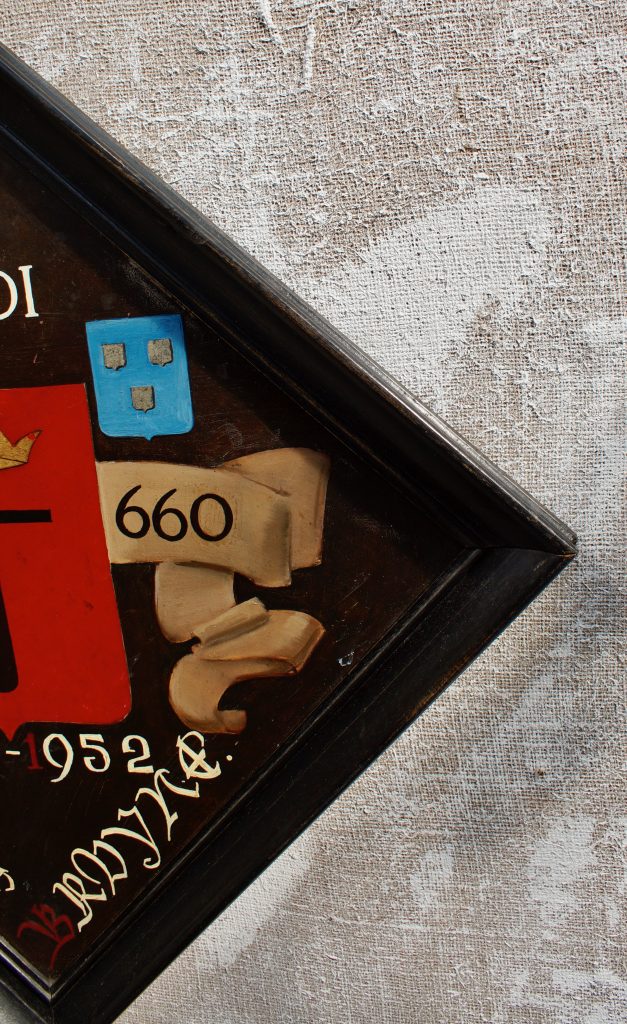 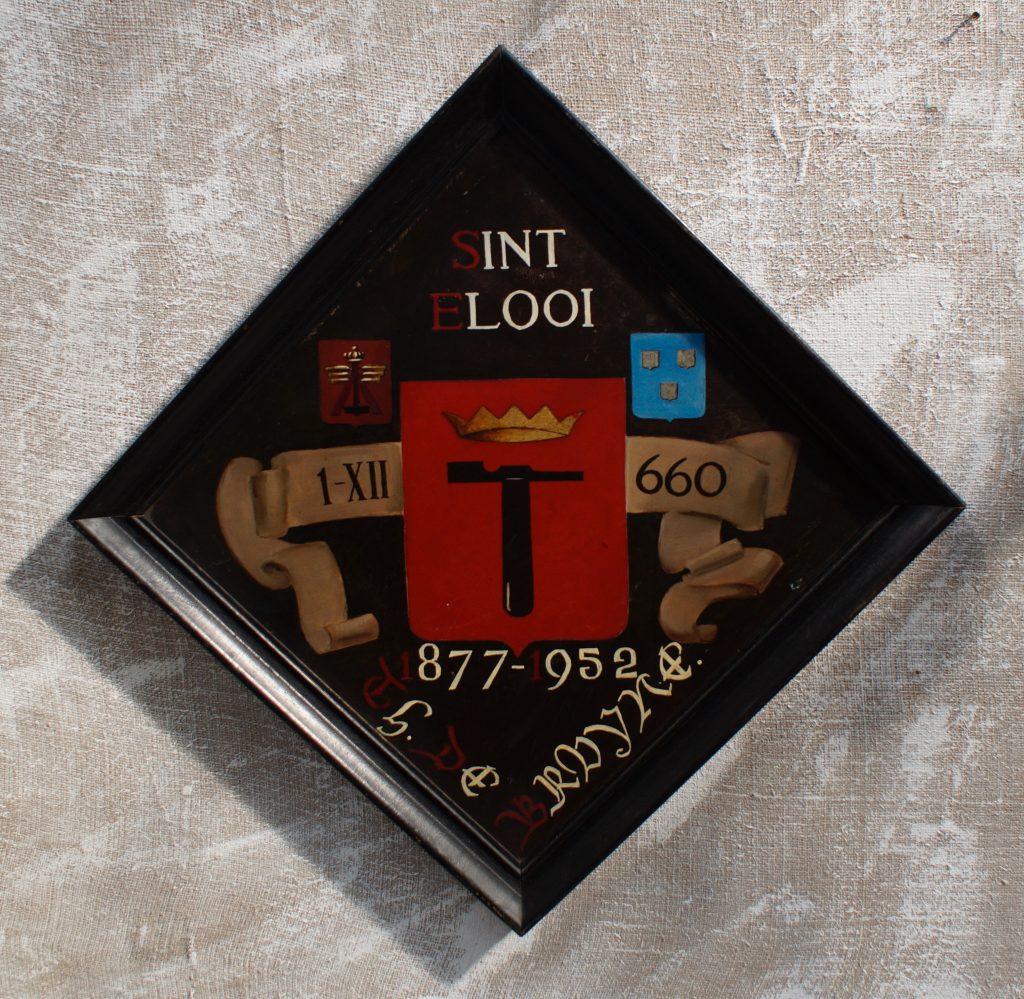