Midhurst Brickworks is a former brickworks situated to the south-west of Midhurst, West Sussex in England. The works were sited close to the (now closed) Midhusrt Common Railway Station on the Midhurst to Petersfield (L.S.W.R) railway line. The works were established in 1913, on land owned by the Cowdray Estate, and closed in 1985. From 1938, the company traded as Midhurst Whites after their main product, white bricks made of sand and lime, which was obtained from the Cocking Lime Works, The works were established in 1913 by S. Pearson & Son, a firm controlled by the Cowdray family, on land owned by Lord Cowdry. The company was soon highly profitable, generating a weekly profit in excess of £1,000 and the company was renamed as Midhurst Whites in 1938.

Still remains in original condition, with great patina, would make a great addition to any collection of vintage advertising signs. 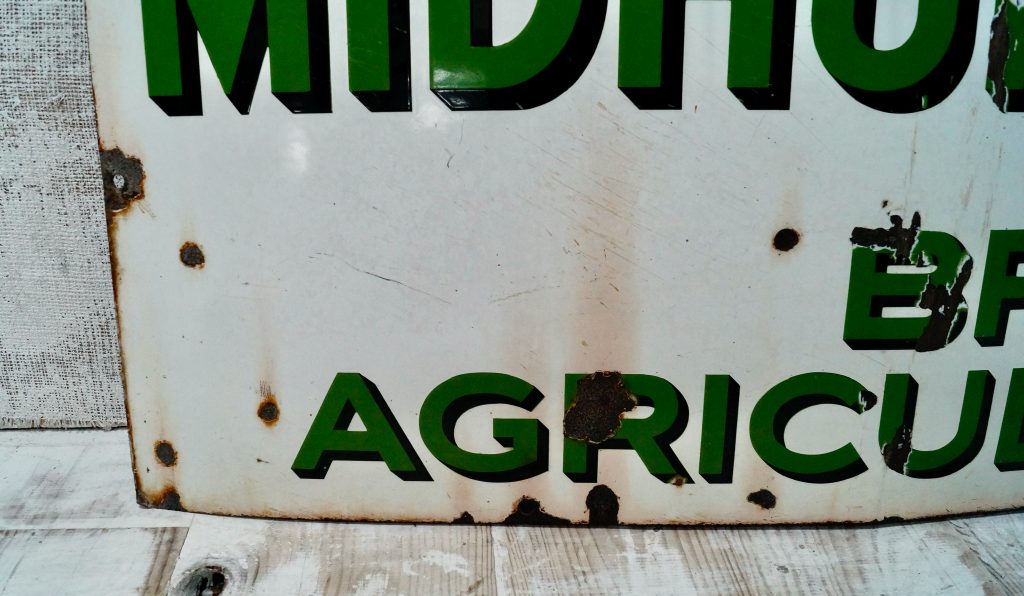 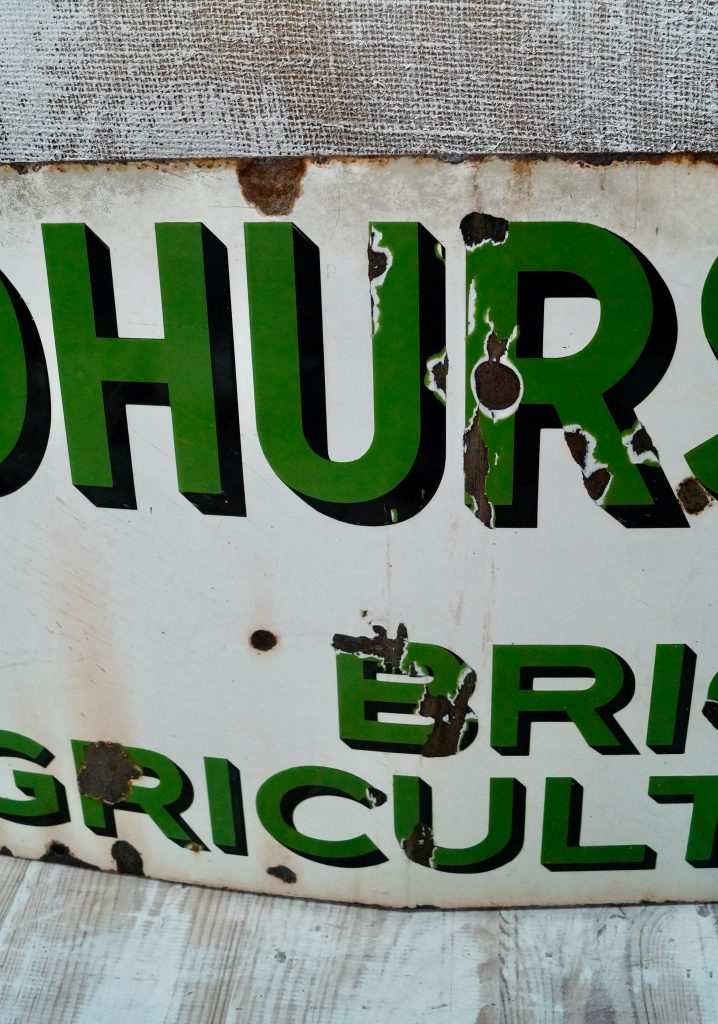 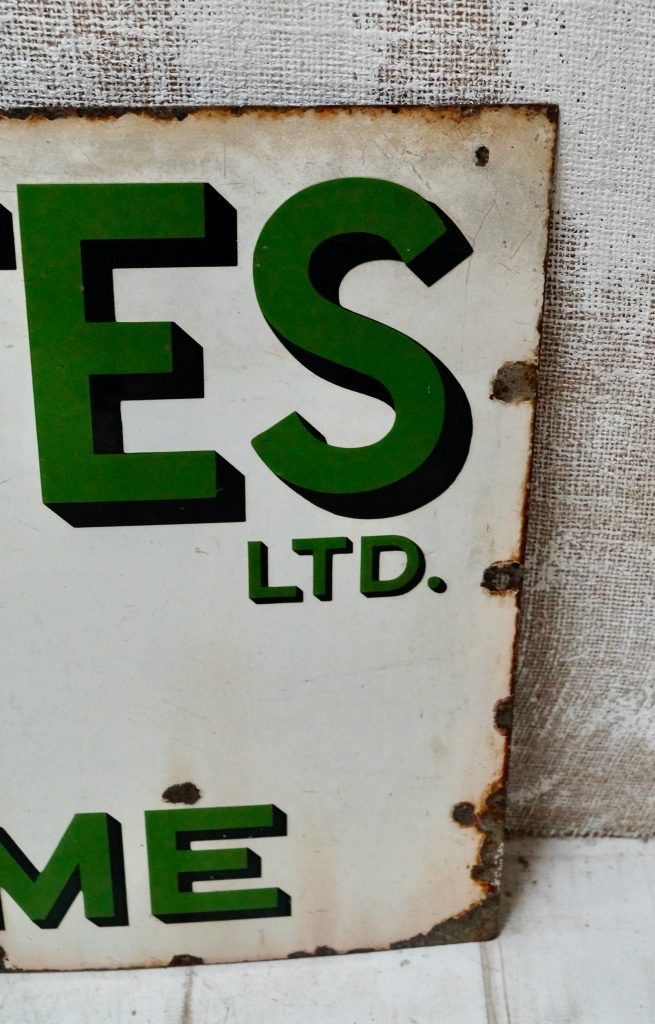