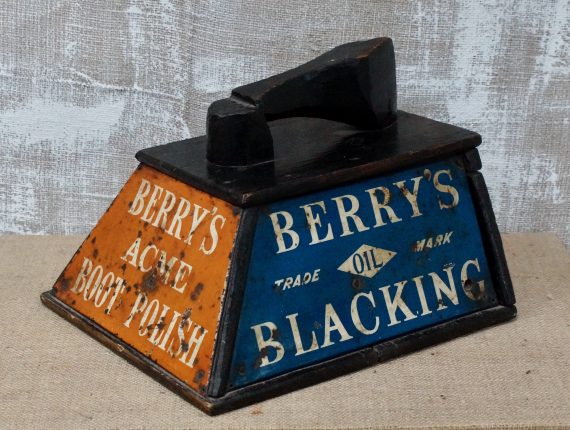 This superb early Berry’s Boot Polish advertising shoe shine box has enamel advertising signs on all sides, advertising Berry’s Blacking Oil and Berry’s Shoe Polish, all of theses enamel signs are in fantastic condition as is the Oak box itself, still in the original state, this piece is a lovely pice of advertising history and would make a lovely display piece for any collector or shop display. C1900

The company was known as William Berry Ltd. of Manchester, Berry’s Blacking Works and Berry’s Diamond Oil Blacking. It was the leading shoe polish provider in England in the 19th century.

William Berry’s own recipe for a treacle/soot blacking concoction was invented by him in Salford, Manchester, North West England, where he was born in 1828.

He also had a factory near the Strand in London. In those days, early shoe polish was also referred to as “Dubbin” and was generally made with lampblack and tallow. It and was sold and marketed in London as a product as early as the 1790’s. Charles Dickens was known to have worked in a blacking company at age 12, in 1823. In this time period leather was the primary material made, which required waterproofing and care to make it last for years. 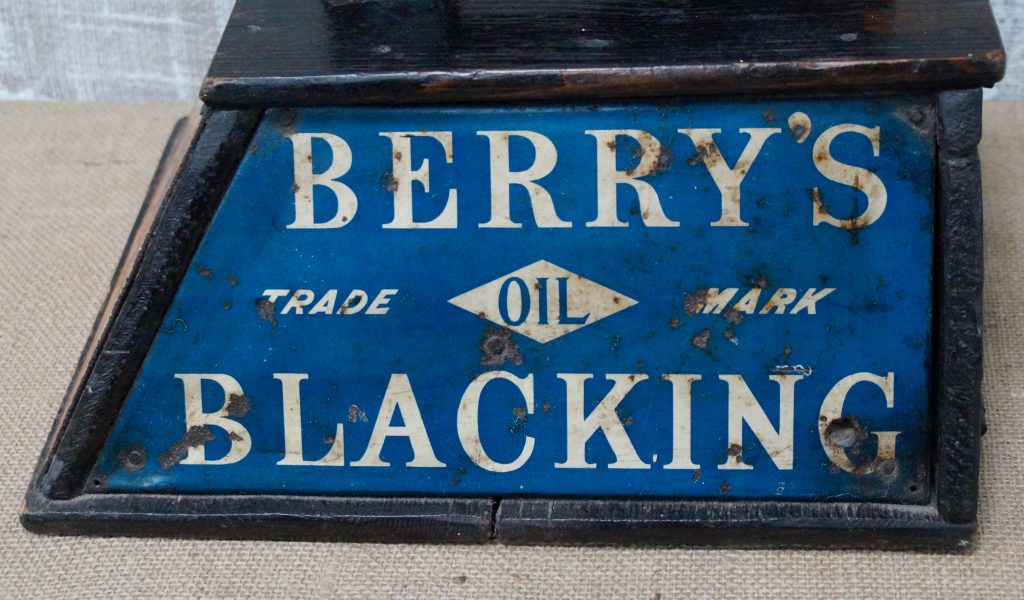 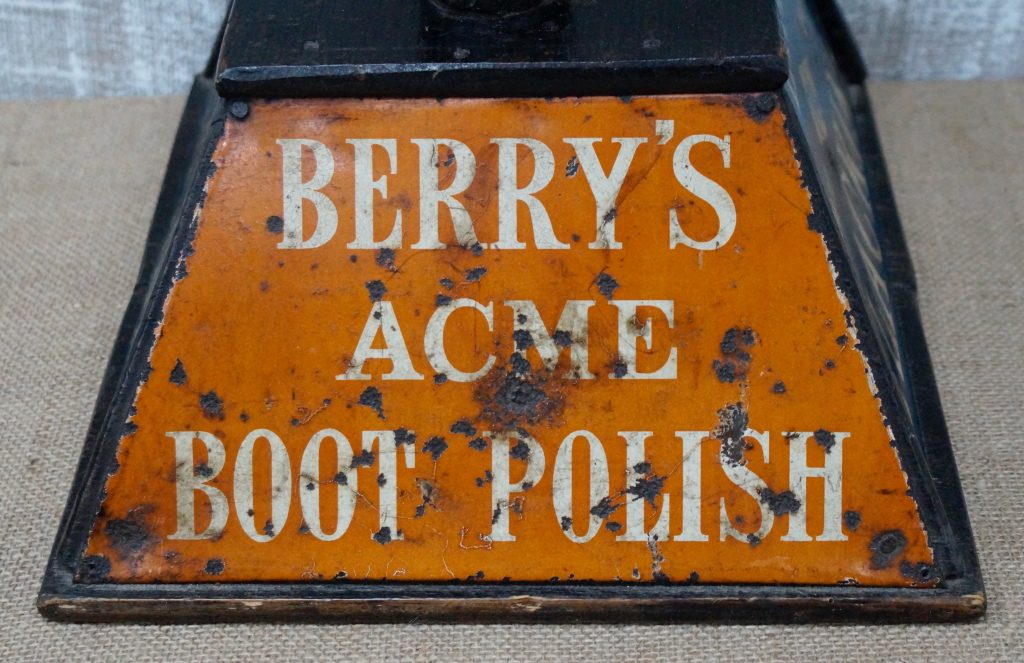 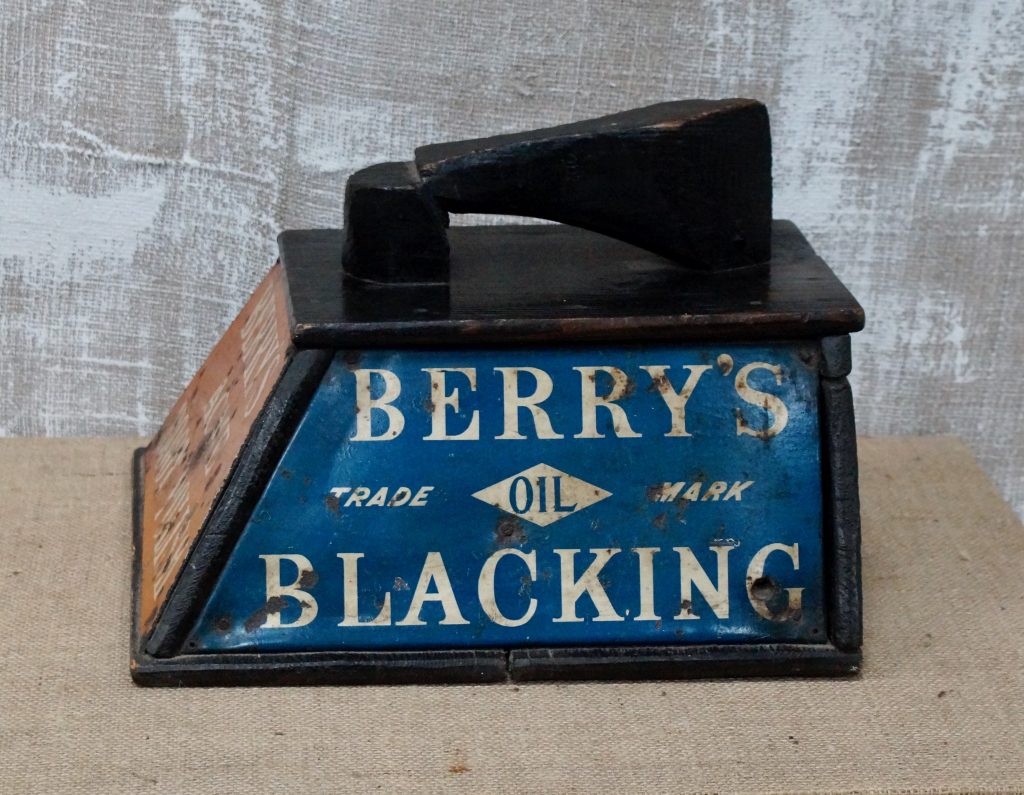 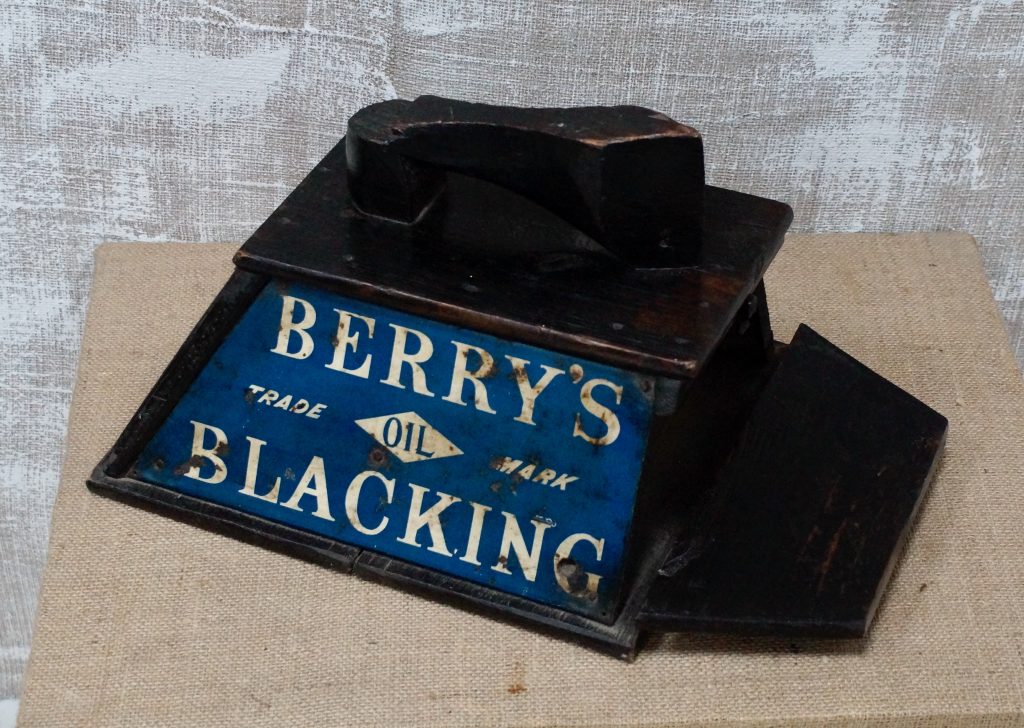 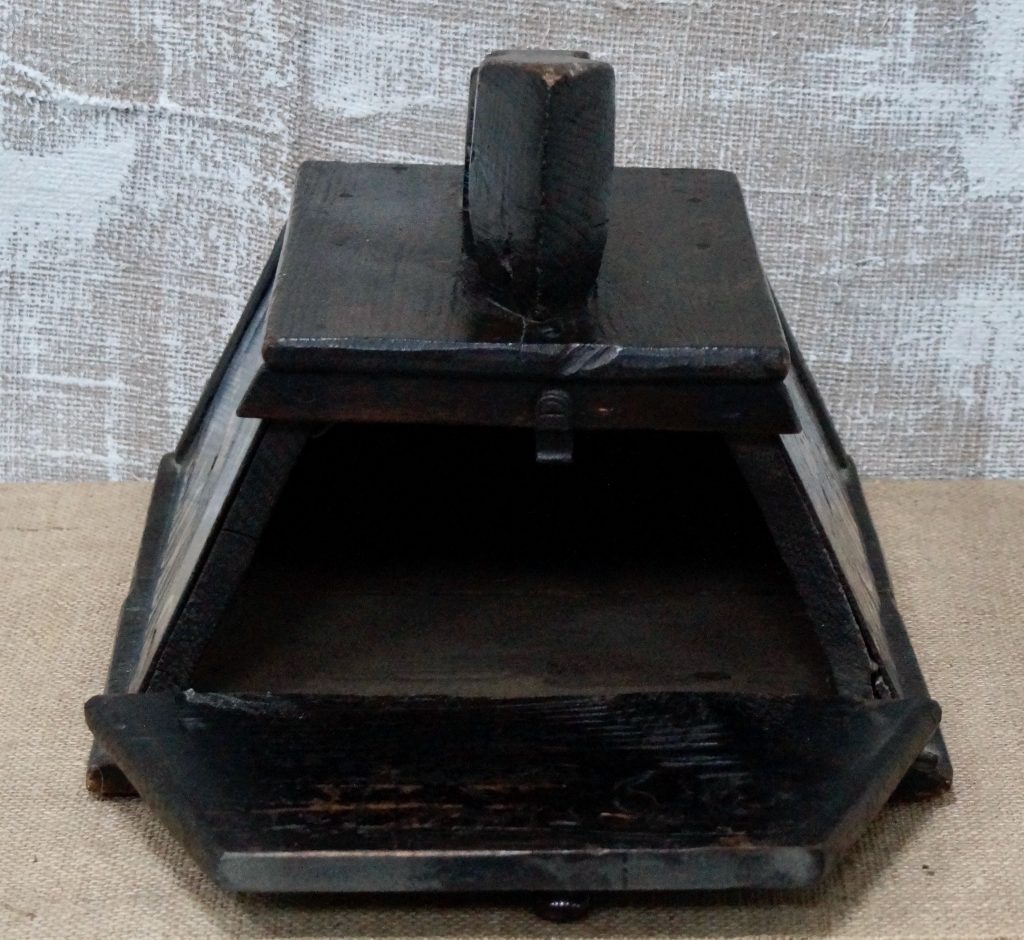 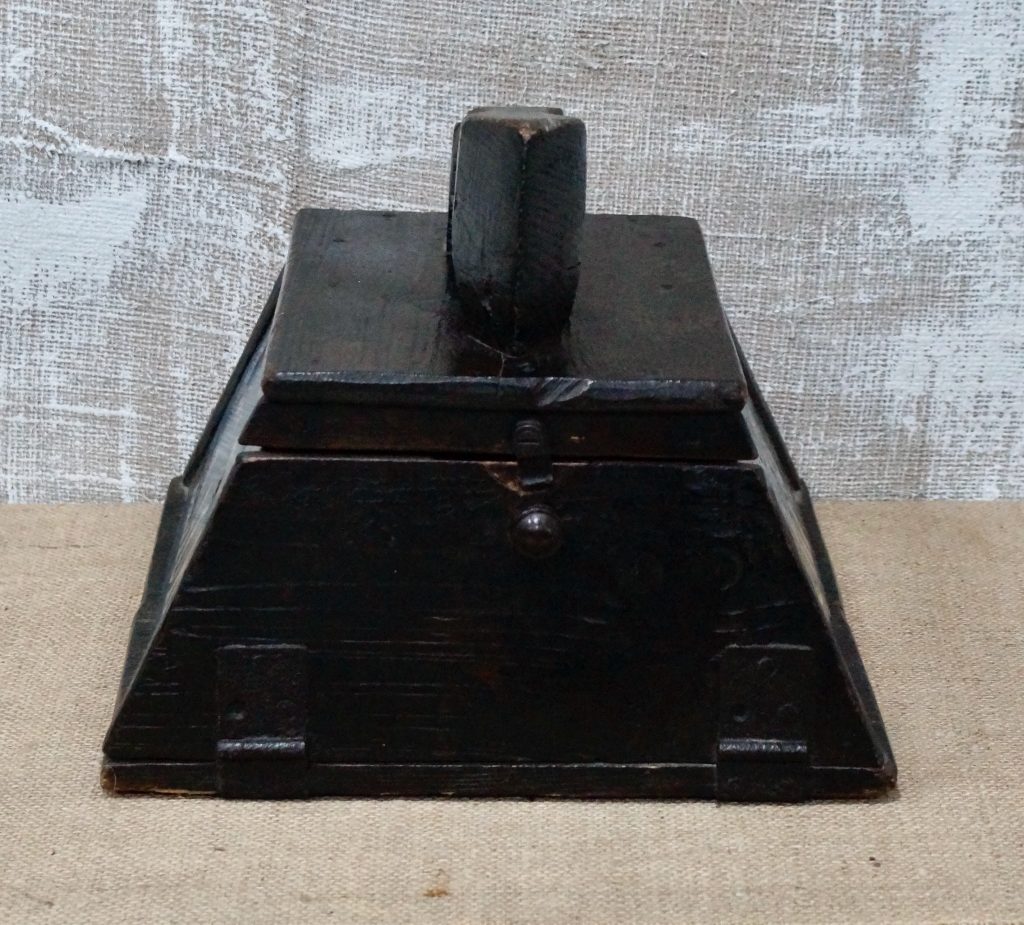 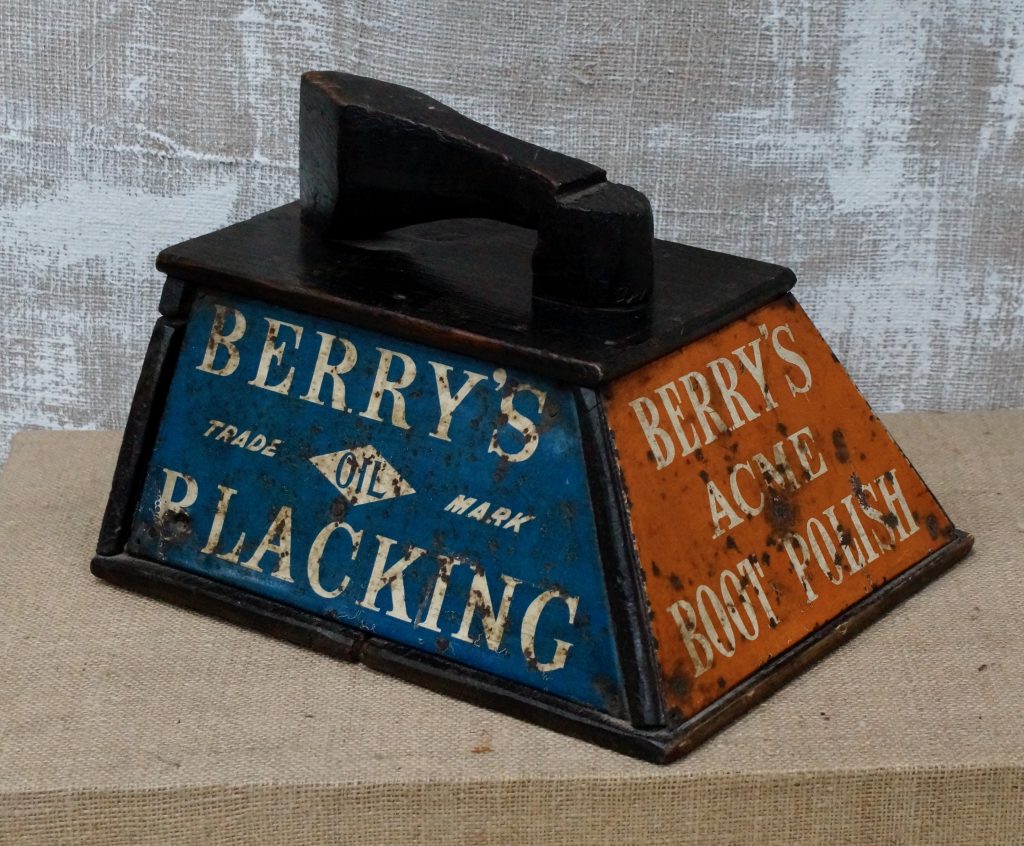