This is a rare 19th century Coalbrookdale cast iron walking stick stand, dated 1870’s, a rare find due to the amount of ringed apertures, 18 in total, normally these would have been made with 12 rings or less, this spectacular piece could have possibly been bespokely made specifically for a department store or a large hotel in its day, with it’s openwork rectangular frame with eighteen ringed apertures and turned finials, the uprights cast with stylised foliate scrolls, with two removable trays to the base, this stunning piece has been burnished and highlighted to showcase its original character, the base is stamped C.B.DALE, NO.250 and with registration lozenge. C1870’s

A little history about Coalbrookdale.

Coalbrookdale is a village in the Ironbridge Gorge in Shropshire, England. This is where Abraham Darby rebuilt an existing damaged furnace which he operated with coke as his fuel for smelting iron.
Abraham Darby founded his company in 1709. Using coke he produced iron of superior quality as it contained fewer impurities than when using coal. This discovery was a major factor in the growing industrialisation of Britain, which was to become known as the Industrial Revolution.
The company’s main business was producing cast-iron goods, from pots and pans, rails for railways, steam engine cylinders, gates, benches, garden urns. In the 19th century, Coalbrookdale was noted for its decorative ironwork. 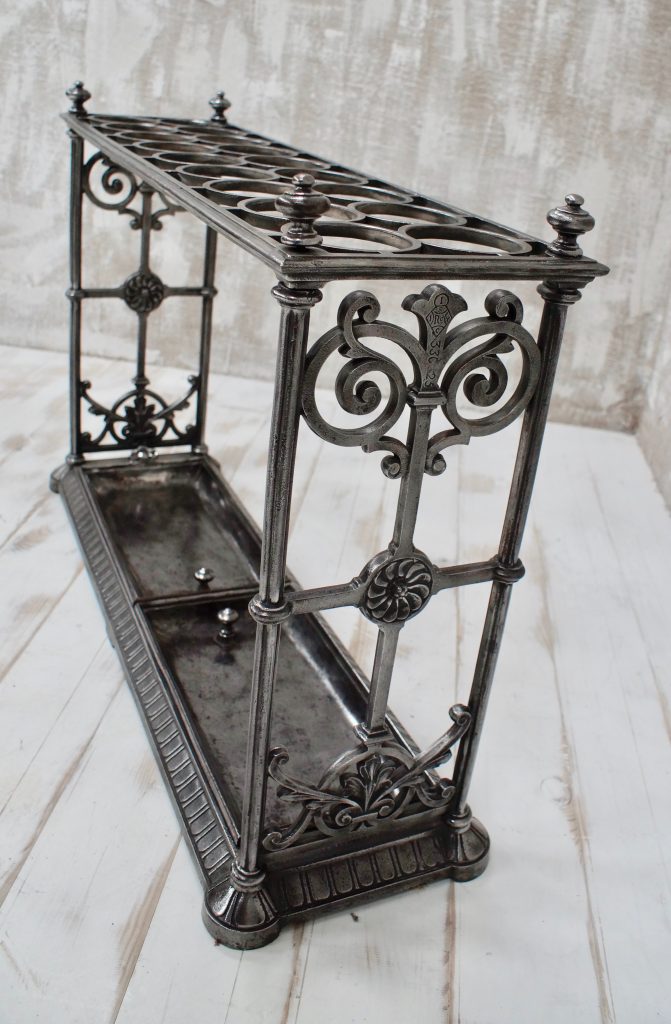 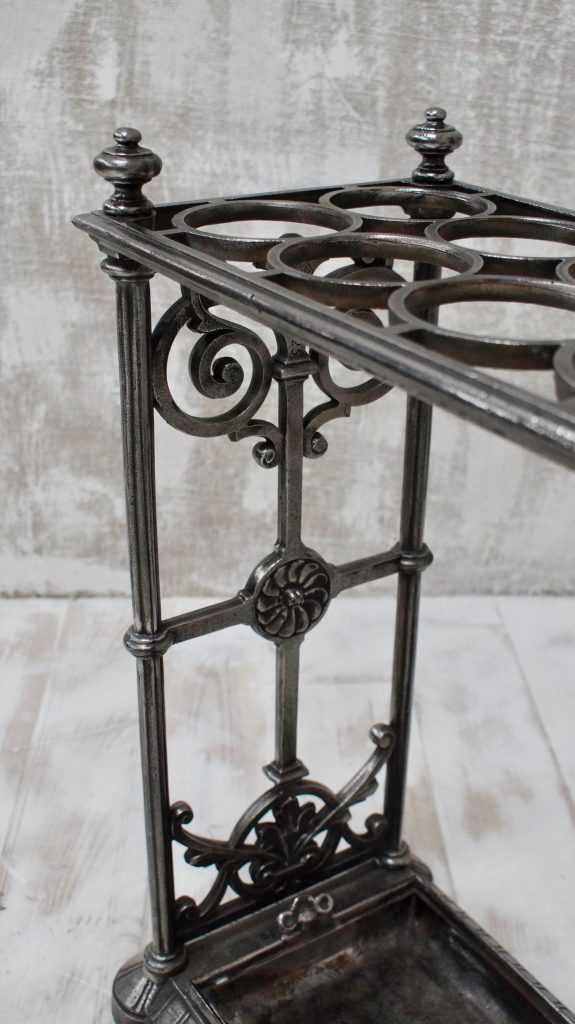 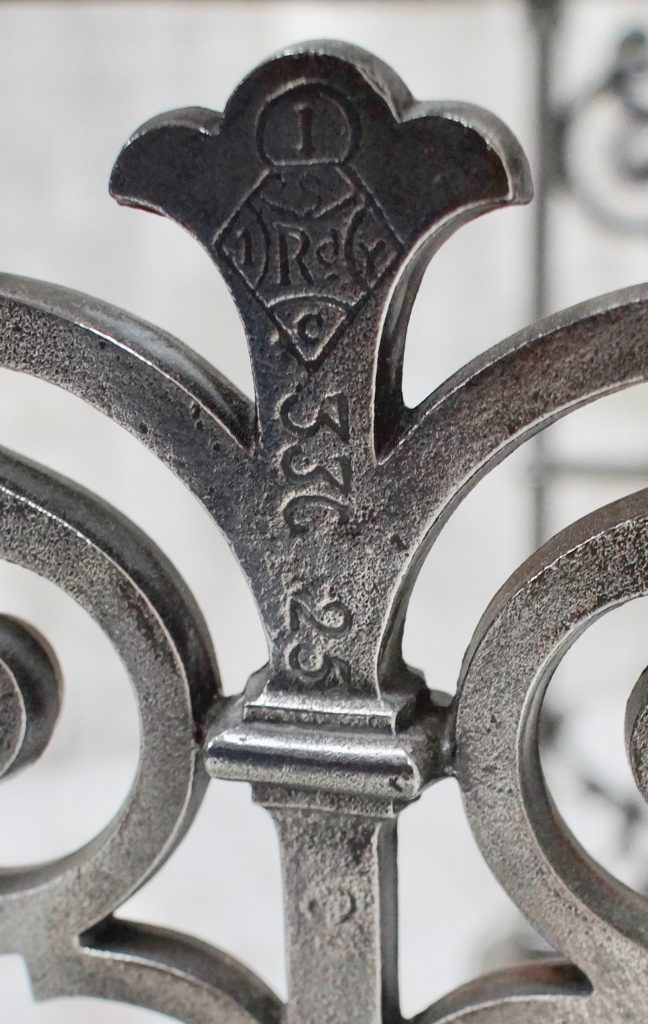 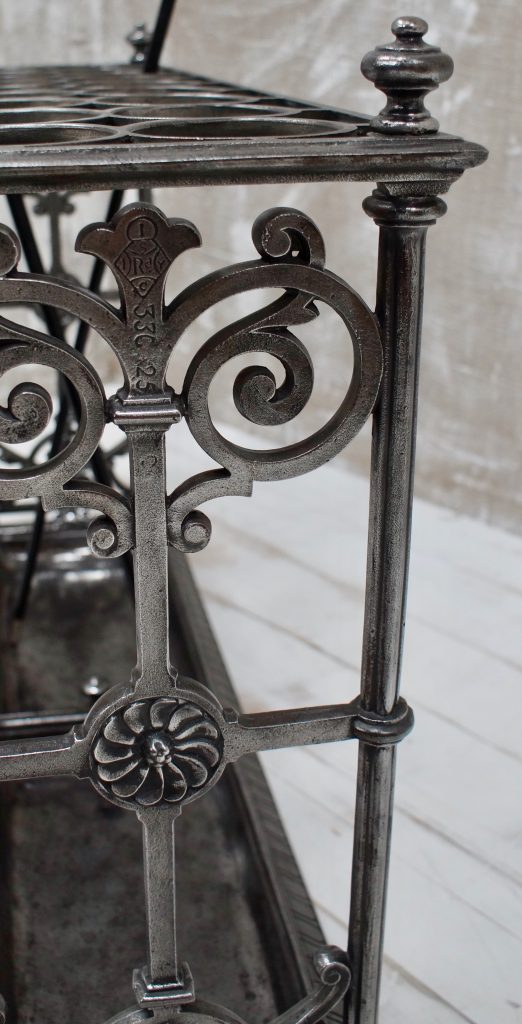 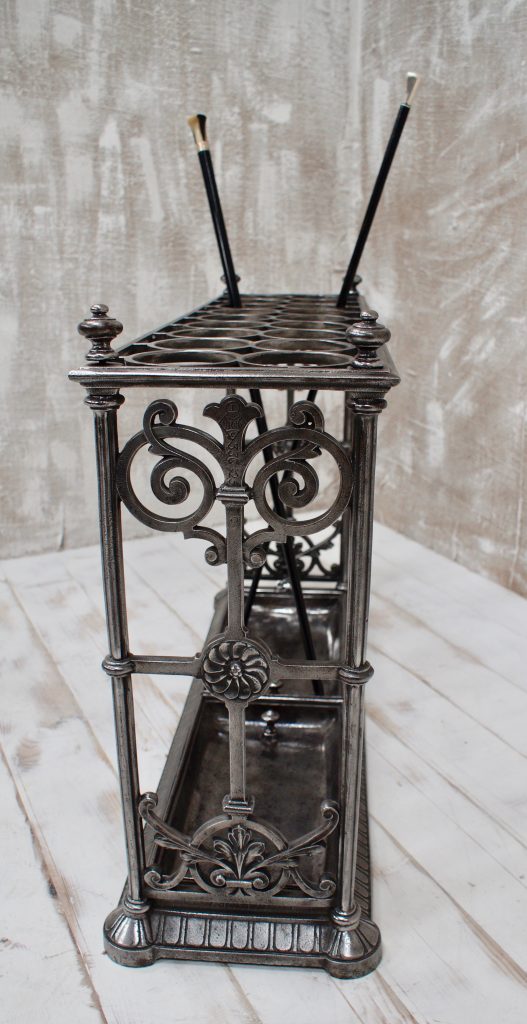 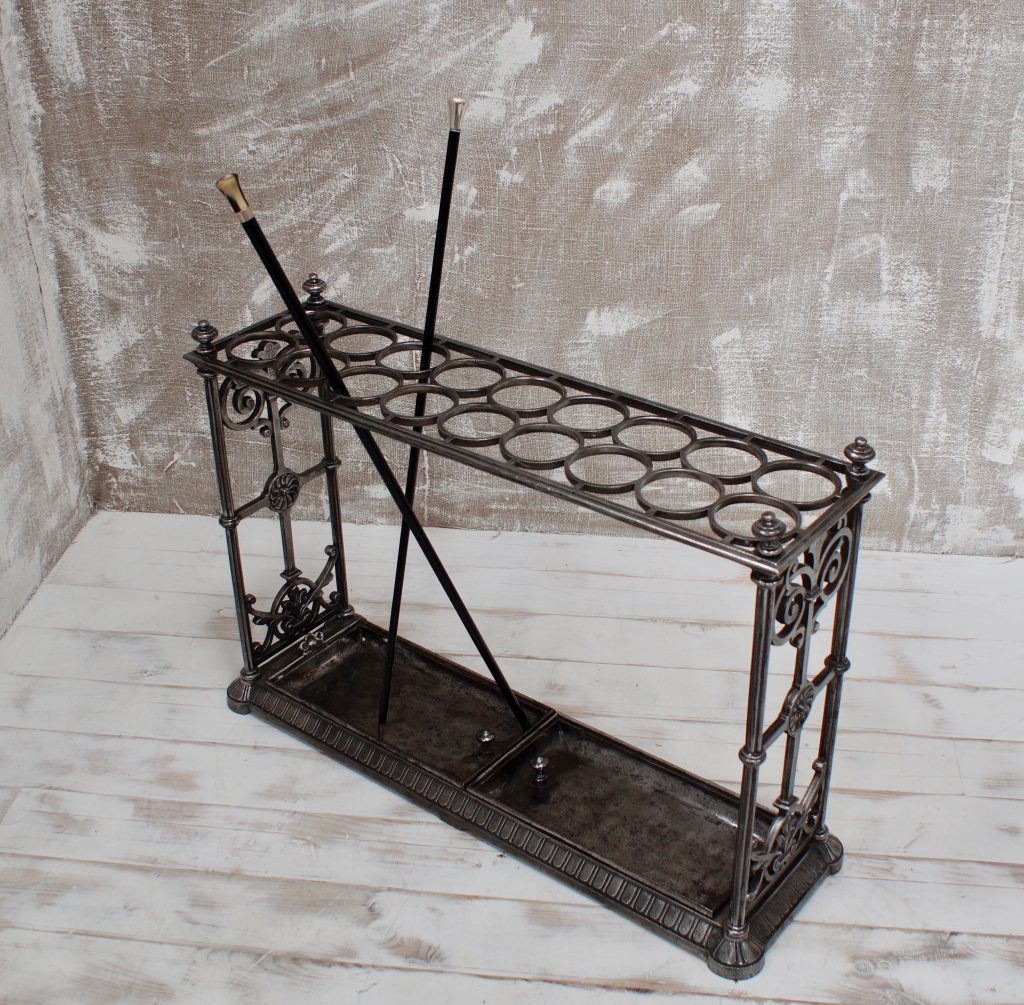 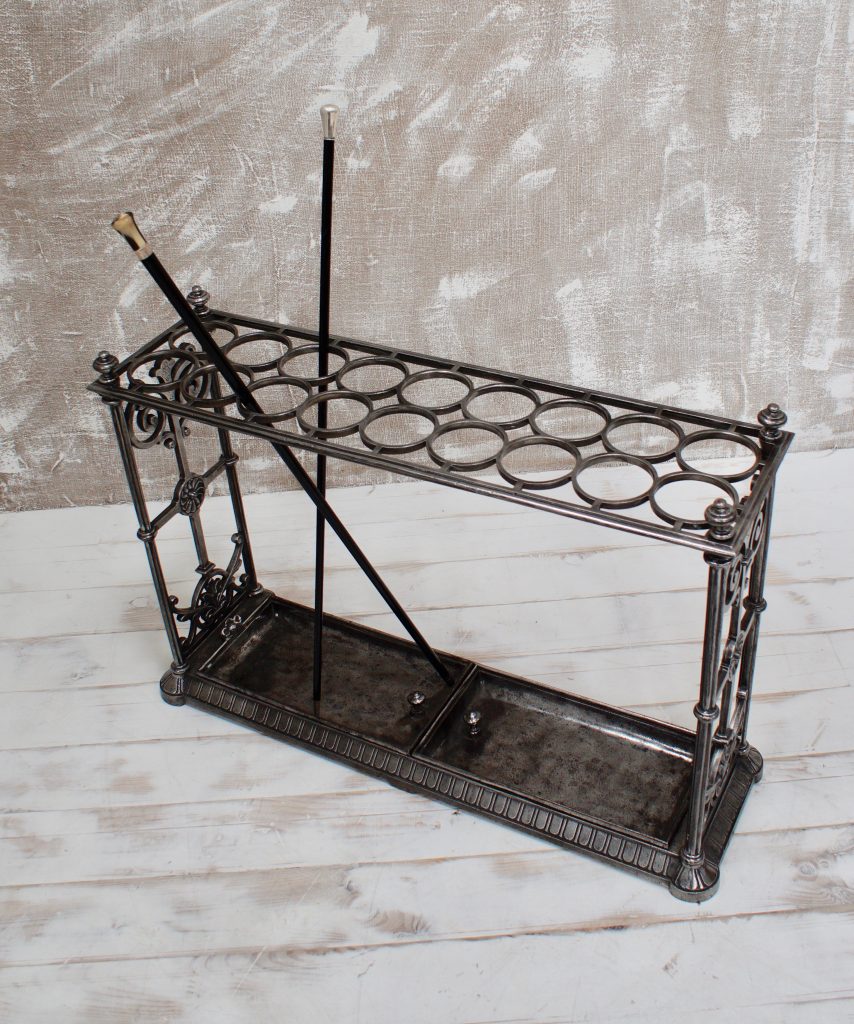 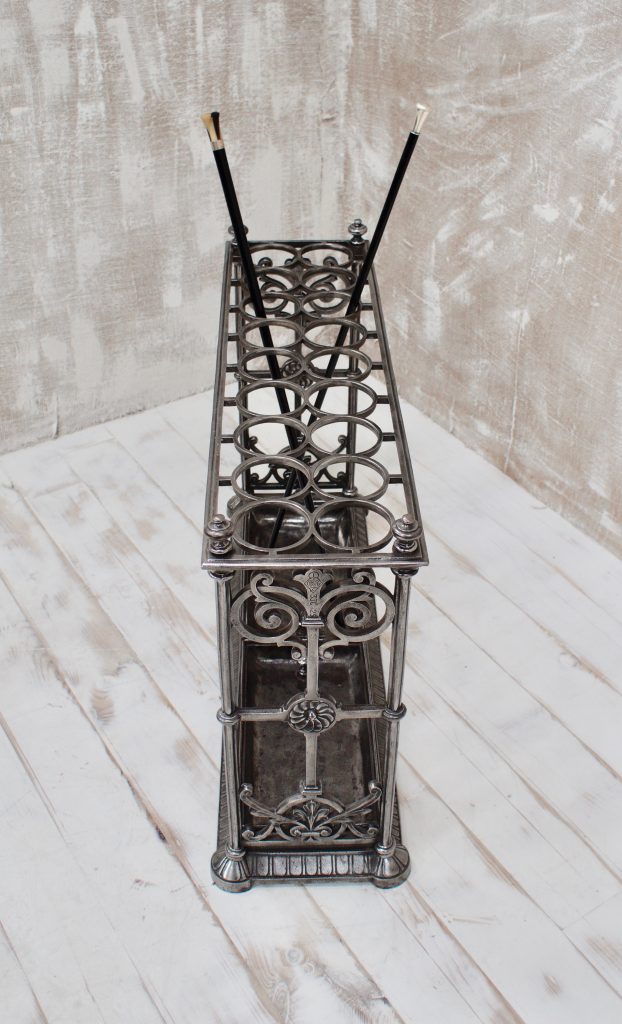 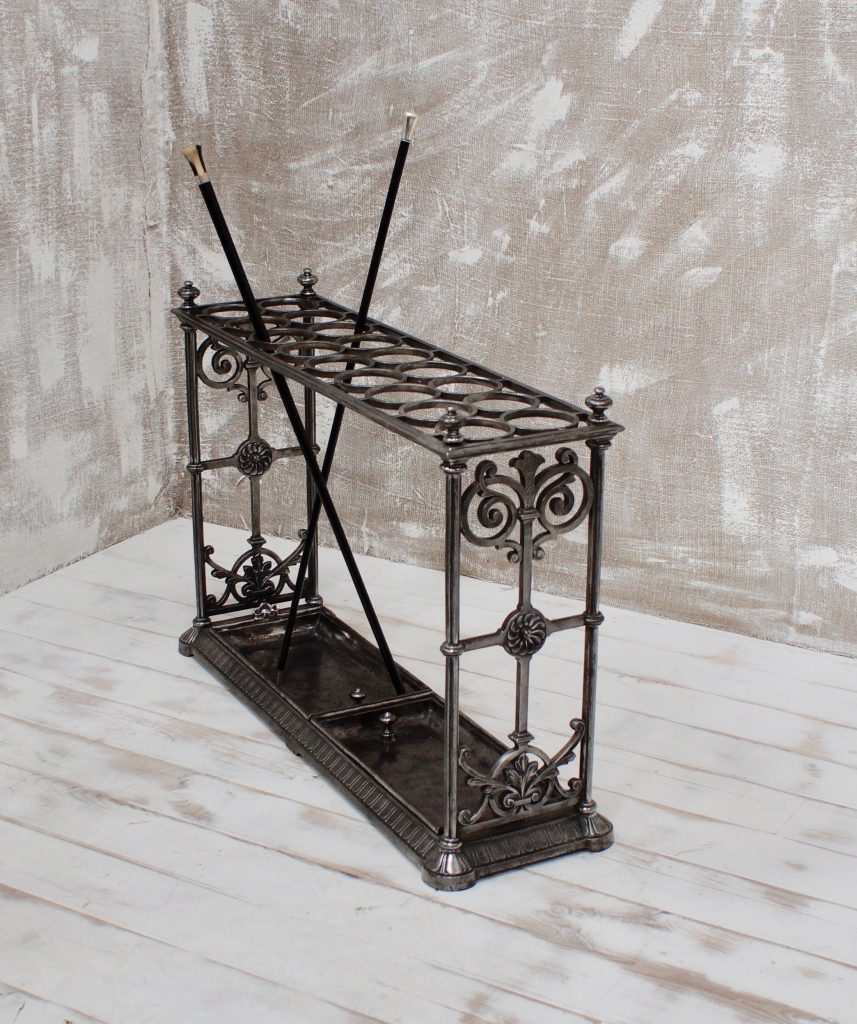 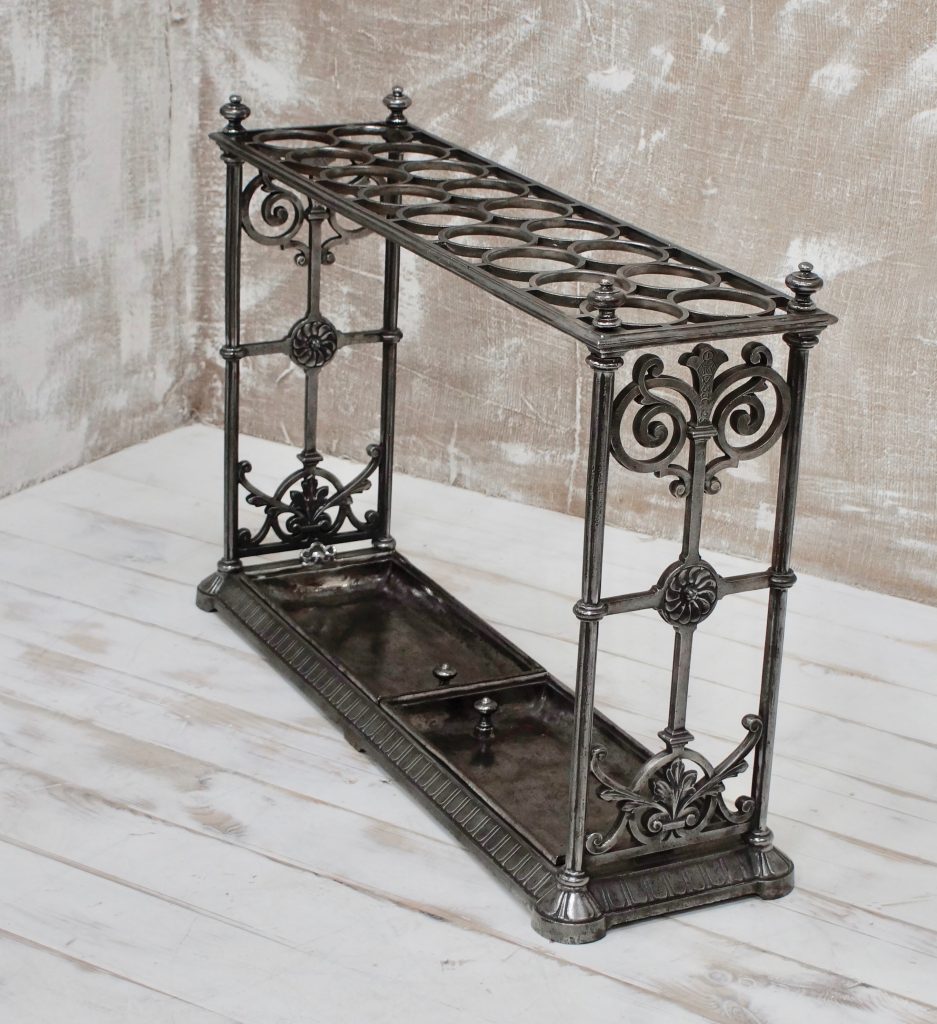